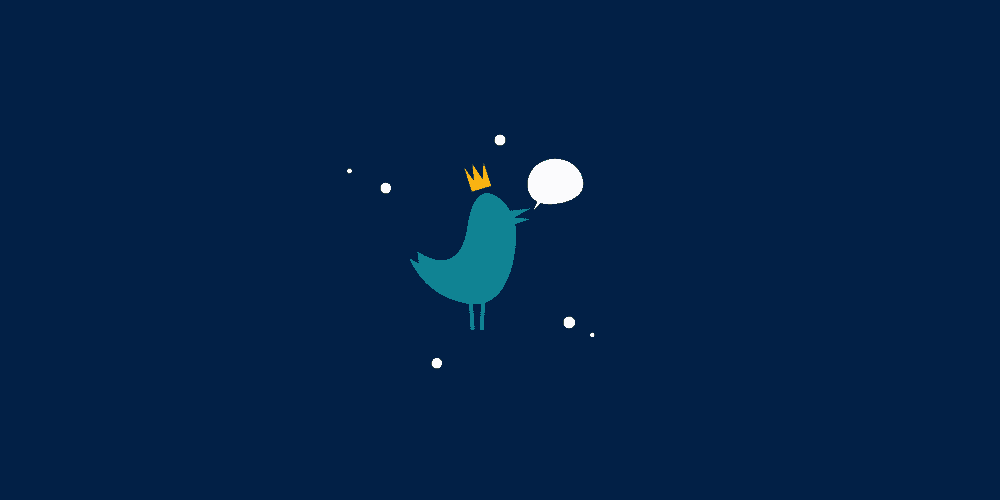 How to Create a Successful Twitter Video Ads Campaign

Did you know that video is Twitter’s fastest growing advertising tool, with over 2 billion video views each day? That’s a 67% year-on-year growth, according to Twitter’s internal data.

In this article, we’re going to take a closer look at videos on Twitter and cover everything you need to know to create a successful Twitter video ads campaign.

5 Types of videos that Twitterers love

The very first step towards creating a successful Twitter video ads campaign is, of course, creating an amazing video.

Video is a super-versatile medium, so there are tons of different directions you can go in.

To help you narrow down your options, and find out what works on the platform, we’ve researched 5 types of videos that Twitterers love to watch and share…

Twitter is a platform where people share their views on society, with many people taking to the social network to tweet about wrongs that need to be righted.

This clip from Michelle Obama’s Netflix documentary, Becoming, covers how people can break down barriers when they dare to be vulnerable with one another.

This strong message, along with the footage of people from all walks of life having an emotional reaction to the speech, is an ideal video ad for Netflix to post on Twitter.

Even though Twitter is a little bit more, shall we say, sophisticated than the likes of Facebook and Instagram, it’s still a social networking site. And that means people are here to unwind and digest content in an effortless and rapid-fire way.

ALL social media content should be short and snappy. Twitter is no exception. Here’s an example of video ad by ActionAid:

Twitter didn’t invent the hashtag symbol, but it definitely popularised the use of hashtags today.

When lots of tweets start featuring the same hashtag, the hashtag starts ‘trending’ and is featured on the homepage.

If you use a trending hashtag, it gives your video ad a better chance of being found by people who don’t yet follow you.

Hashtags can (and have!) relate to absolutely any topic under the sun, which makes it pretty difficult to consider when planning your video content.

However, some hashtags pop up year-on-year with comfortable regularity, like #PancakeDay.

By creating video content that takes advantage of relevant hashtags and topics, you can increase your visibility and hopefully boost your view count!

Twitter isn’t all serious! A lot of brands love to have fun on the platform by creating and sharing funny videos. Here’s an example from Wendy’s:

This video is part of a series that shows NBA veteran, Reggie Miller in various funny scenarios. Thankfully, you don’t need to include an NBA star in your videos for them to be funny!

According to our State of Video Marketing survey, people are twice as likely to share video content with their friends than any other type of content – if your content is funny then it’s likely that people will want to ‘share the laughter’ with their friends.

Social media is all about being social – the clue is in the name!

Here’s an example from GoPro:

Sharing videos that your customers have made is a great way to show them that you care, and it’s also a free way to gain exposure!

Now that you know what types of videos work well on Twitter, you can start thinking of how to create the perfect one for your ad campaign.

The videos above can provide great inspiration, and here’s some more: 21 of the best video ads of all time.

But creating a video really comes down to two things: Planning & Execution.

When planning your video, you need to think about the storyline. If you’re trying to sell a product, this could be a problem > solution > benefits kind of story.

If you’re looking to raise awareness of your brand then maybe you want to tell the story of how your brand started out and how it works today.

When planning your video, you also need to think about equipment, locations (if you’re shooting a live action video), timing, and budget.

This is where you bring everything together to create your amazing Twitter video ad.

Of course, creating a video can be really overwhelming if it’s not your forte. So it could be easier to get in touch with a video marketing agency that can help you.

We’ve also created a free eBook full of detailed examples and tips that can help: The ultimate guide: How to create the perfect explainer video.

There are 3 ways to promote your video ad on Twitter.

You can promote a video that you’ve already shared on your Twitter account, using the Promoted Video option.

Or you can use clickable Video Website Cards, to drive your audience to take action after watching your video.

The third option is to post your ad as an Amplify Pre-roll. This means your video will be played at the beginning of a video from one of Twitter’s partners.

With that in mind, here’s a walkthrough of everything you need to do to get your video ad up and running on Twitter.

Then it’s time to choose your campaign objective. We went for ‘video views’:

Give your campaign a name (this will remain private to you), add a daily budget, and a time frame that you want your campaign to run for:

Next up, it’s time to create an audience. If you’ve already ran Twitter campaigns before then you may already have an ad group or two. If you haven’t, it’s easy to follow the instructions on Twitter to create a new ad group:

After you’ve created your ideal target audience, you can upload your content for the campaign. You can use one of your existing tweets or create a new one:

There’s also the option to preview your tweet before it goes live, so you can see what it will look like across different devices:

So, your ad is out there in the world! Your work here is done…

If you really want your Twitter video ads to be successful, you need to constantly monitor the results of your current campaigns and analyse them to see how you can improve in the future.

You may have noticed yourself that when you come across a video on Twitter, the footage will autoplay but the sound does not.

And some viewers like this just fine. According to a report by Verizon, 92% of people view videos with sound off on mobile, and 83% watch with the sound off regardless of the device they’re using.

Knowing this, it’s important that your video doesn’t rely on audio to get the message across.

According to internal Twitter data, a staggering 93% of video views come from mobile.

This makes optimising for mobile less of an option and more of a must-have.

To ensure that your videos are optimised for mobile, Twitter advises that you add closed captions (as mentioned above, it’s important that you don’t rely on audio to get your point across!), and test all videos on a mobile device to make sure they look good.

Social media is a fast-moving game. And Twitter is no exception.

According to a number of different studies, a tweet’s lifespan is short – lasting anywhere between 18 and 24 minutes before it’s lost in the constantly moving Twitter newsfeed.

That’s why it’s important for your video to grab people’s attention instantly. Think about the first 5 seconds of your video very carefully, and consider how this works to stop potential viewers in their tracks and hook them in!

With over 2 billion video views every day, Twitter is a competitive place for video marketers. But that’s not deterring everyone.

In our State of Video Marketing survey we found that 38% of video marketers plan to include Twitter in their 2020 video marketing strategy.

With a great video and the right know-how under your belt, you’re already on your way to a successful Twitter video ads campaign.

To find out more about social media videos, and to see some of our examples, click here.