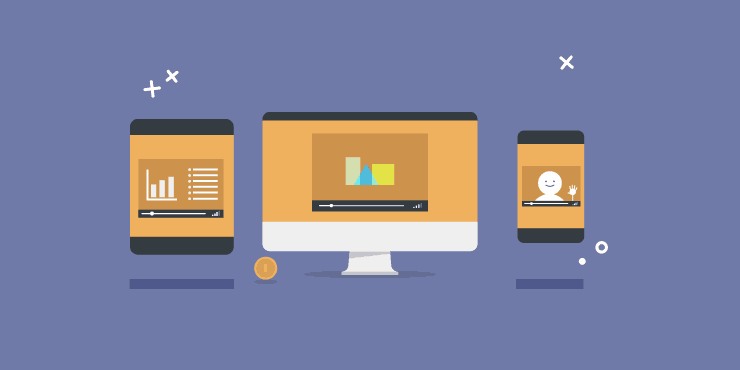 How Much Do Different Types of Explainer Video Cost?

Good explainer videos (like good wine) cost more depending on how they’re produced. It all depends on what goes into their making: length, style, turnaround time, quality, the reputation of the producers. Some video production companies charge as little as $700 for a 60 second explainer video, whilst others can charge as much as $72,000!

To make things more confusing, there are a number of DIY video platforms on the market which operate on the basis of monthly subscription. Costs can be as low as $9, but you have to be prepared to take on the entire process yourself, including conceptualisation, scripting, storyboarding, illustration & animation (assuming you’re making an animated video), recording (assuming you’re making a live action or app preview video), voiceover, sound mixing, editing, and distribution.

Of course, we have no doubt that if you’re reading this blog, you must be a person of great curiosity and talent! But even if you are capable of doing everything yourself, the process is so time consuming that what you gain in scraping together a few pennies, you can lose in time spent focusing on your actual business.

Making a great explainer video has the potential to turn your business into an overnight success, and it’s worth thinking carefully about what you want before you commit to anything. Our State of Video Marketing Survey conducted in 2018 showed that 85% of businesses now regard video as an important part of their marketing strategy, 82% said that they planned to increase their video marketing budget in the next year and more than 78% of marketers said that video gave a palpable ROI to their clients.

Consider the example of Crazy Egg, who created an animated explainer video four years ago that was so successful it increased their monthly income by $21,000 and boosted conversion rates by nearly 64%! That’s quite the ROI, even if production of the video itself was expensive. They still use the same video today, and all reports suggest that it continues to generate new revenue!

The reason for Crazy Egg’s success is that they clearly spent a lot of time thinking about what kind of explainer video worked best for their particular business model. Having developed a sophisticated piece of SEO software, they understood that they needed to appear outwardly professional, whilst also retaining an air of humour and accessibility. 2D animation is perfect for that.

But what about your business? Where should you start? How much do different types of explainer video cost and do you have the budget to make the kind of video you want for your business? At Wyzowl, we know a thing or two about the explainer video market, and we can help steer you in the right direction. Let’s go through what you can expect to pay for each type of video and help you decide what’s best for you.

2D is by far the most common type of animation used in the explainer video industry, and there are many different factors to consider when pricing one up. Depending on what you’re going for, animation can offer something of a ‘cool’ factor compared with other styles of video, but you can end up paying big money if you don’t know where to look.

Of course, spending tens of thousands on an animated explainer video seems like a risky investment; especially if your budget is limited and your business is a start up which has to invest elsewhere before it even thinks of spending on optional extras. But for established businesses who want to find innovative ways to grow, sometimes taking risks can pay off.

Take the example of Dropbox. Ten years ago, Dropbox was only a fraction of the size it is today and after several failed marketing ventures to encourage investment into the relatively new area of “cloud-based storage”, they decided to change tack and took a risk which allowed it to become the industry leader it is today. They invested $50,000 in the creation of a sophisticated 2 minute 2D animated explainer video, which laid out exactly what Dropbox did, and increased their conversion rate by 10% (or $48 million to put it in terms we can all appreciate!).

If you decide to go the freelance route, you should be aware that you will probably be charged for each individual element in the video making process, and that this can sometimes end up being more expensive than using a studio to handle the process in its entirety. Getting a script written, for example, generally costs between $70 and $300, whilst a freelance illustrator is likely to set you back between $400 and $1000. A freelance animator can cost between $300 and $2000 per second of 2D animation and between $450 and $4,000 per second of 3D animation!

There’s more to creating a really professional looking live action explainer video than just switching on a camera and pressing record. Like the best animated explainer videos, live action should begin with an attention-grabbing concept and a concise and well constructed script. The only difference is that, instead of using illustration and animation to hold your viewer, you need an actor who can interpret your script with skill and the proper equipment to ensure that the video is well shot.

One advantage that live-action videos have over their animated counterparts is that, by virtue of them involving people, they carry the stamp of authenticity and humanity. This allows people to relate to live-action videos in a way that perhaps they can’t to abstract animation.

Like animated video, it is possible to make a live action explainer video yourself. Tools like Wistia Soapbox can make serviceable videos, and most good smartphones are capable of recording short explainer videos with some editorial capacity. However, hiring a freelancer to develop your script can cost between $75 and $300 whilst a studio will charge anywhere between $250 and $2,500. A good HD camcorder can be bought for around $50 and a tripod will cost you around $20.

If you want a studio to handle the full process for you, you can find some companies who will make your video for as little as $3,000. This includes everything from conceptualisation, to script, to insurance, lighting, sound mixing, hiring actors, filming, editing, and even distribution. As a general rule though, for a well-made, convincing minute-long explainer video, spending any less than $5,000 generally isn’t recommended.

A really slick live action explainer video engages viewers by allowing them to see, firsthand, just what the product or service being sold means on a human level. Dollar Shave Club pulled this off admirably in 2012, connecting their product to their desired demographic by using sharp humour and self-deprecation which likely wouldn’t have been evident in an animated video.

The pay-off for this was a massive success story. Having spent just $4500 making their explainer video, its viral success led to an almost exponential growth in sales and the company’s founder eventually was able to sell it for over $1 billion!

Out of 48 companies we contacted with regards the pricing of an app preview explainer video, 34 provided us with data and we discovered some pretty interesting statistics. For a 30 second app explainer video, the cheapest on the market was around $200, the most expensive was around $18,000 and the average was $2,528. App preview video production involves absolutely no illustration or animation whatsoever (being, as they are, direct demonstrations of what a company’s app can do) and as such, they are less expensive than either illustrated/ animated explainer videos with a conceptual script or live action explainer videos.

Not only that, but app preview explainer videos are relatively easy to make yourself. Provided that you are capable of writing the script yourself, the only overheads you’ll have are the approximately $100 you’ll need for voiceover and the $10 to $350 you’ll need to purchase some editing software and a royalty-free soundtrack.

Using this style of guerrilla marketing is a good way of building brand awareness, boosting downloads and giving people what they want by demonstrating exactly how your product or service business works. There’s no fluff with an app preview, no BS, and if you can clearly show what your business does is in 30 seconds or less, your customers will appreciate it too. People respond to honesty.

There’s no point in being prescriptive and applying a one-size-fits-all philosophy to which explainer videos are best for which businesses. These decisions are as personal as an individual’s relationship to a company itself, and much of it comes down to preference as much as anything else.

What we would suggest is that you familiarise yourself with as many different kinds of explainer videos as possible before committing to something. That way you can feel as though you’re not only making an informed choice, but that you’re building up your brand in a way that feels personal to you.

We’ve compiled a lot of research on this particular subject and if you’re interested in seeing some more numbers for yourself, you can find them here. All of this should help you come to an informed decision about which type of video is right for you.