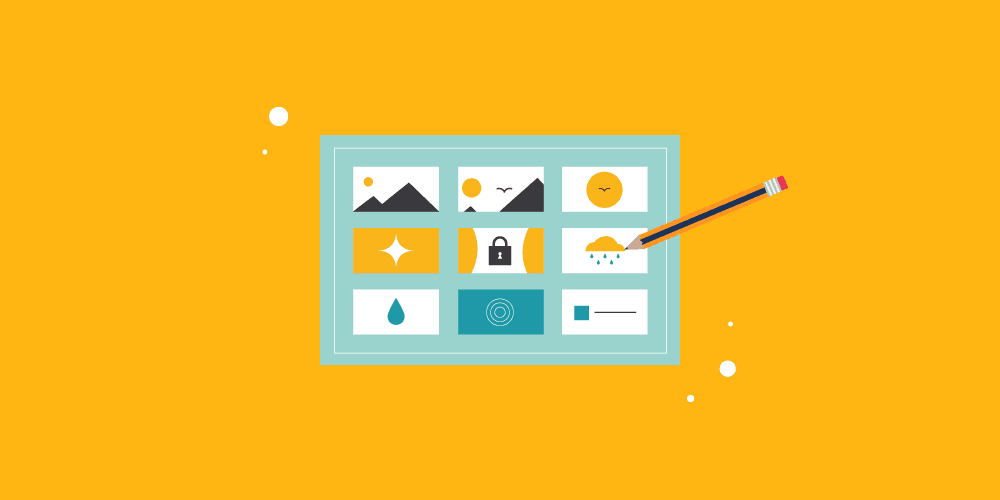 What is a storyboard and how do you make one for your video?

In simple terms, a storyboard is a sequence of sketches or illustrations that map out the scenes planned for a video.

The video production team then uses this map to ensure that the plot is coherent, engaging, and free of inconsistencies before they start making the video.

Although it may seem like an optional ‘in between’ sort of step, a storyboard is an essential component of video production as it helps to avoid any unnecessary costs or delays.

The type of storyboard you create will depend on the video you are making and who is involved in the creative process.

For example, if you’re making a video as a one-person team then you won’t necessarily need a shot by shot storyboard because you will know exactly how you want the video to play out.

On the other hand, if you’re working with a team of creatives and also a client then your storyboard will need to be more clear and detailed so that everyone understands how the video will look.

Here are some different types of storyboards:

Traditional storyboards involve a series of conceptual pencil sketches that help the writer, producer, and director to visualise their initial idea before any filming or animating starts.

These storyboards are still very common in the TV and movie industry today as they allow for changes to be made quickly and inexpensively.

Here’s an example from the animated TV series, Tom & Jerry:

These simple pencil-sketches, paired with written explanations of what the characters will be doing in each scene, help to assist the animation team in following the sequence correctly.

A thumbnail storyboard is usually used by a small team–or even a team of one–who already have a good understanding of how they want to visually portray their idea.

These are very quick and easy to create as no text is required and the sketches don’t need to be particularly detailed.

Here’s an example from the movie, Psycho:

Movie buffs will recognise this instantly as the famous shower scene from Hitchcock’s 1960’s thriller.

Hitchcock was known as an auteur with a very distinct vision when it came to shooting his films, so this storyboard didn’t need to include additional written direction.

Instead, it goes into much more detail visually, showing every single shot exactly as it’s intended to appear in the film.

A digital storyboard is perfect for animated videos because you can use the exact graphics that will be shown in the final video.

This allows everyone involved to get a sneak peek into what the end-product will look like.

We use digital storyboards at Wyzowl because all of our graphics are custom-made for our clients, so it’s important to make sure these are accurate before we start animation.

This ensures that there are less changes later down the line and it also allows our clients to have more of an input into how their video will look.

Here is a storyboard for one of our clients, NLG Health:

And here is the video:

Notice we use the exact same graphics featured in the storyboard so there are no unexpected surprises for our clients!

Why use just one?!

If you want to be really thorough, you can make a series of storyboards that get progressively more detailed.

Start with a thumbnail storyboard.

Then add some text to build it into a traditional storyboard.

Then, once you’re happy with that, create your storyboard digitally so that you have a strong, clear vision to follow!

Why you need a storyboard for your video

You may be thinking: “I have a script, why do I need a storyboard?”

And the answer is simple:

Video is a visual medium.

It’s so important for all stakeholders to see a visual representation of the script before animation or filming begins because everyone could have a different interpretation of the story.

Without the storyboard, everyone in your team could have a different interpretation of exactly what this character looks like. There are tons of variants:

A storyboard will help you organise all of these thoughts and take ideas from all stakeholders so that you can plan your video more effectively.

Without a storyboard, you could lose time and money re-animating or re-shooting your video.

If there are disagreements between your team, or if changes are required, then it’s much easier to make them at the storyboard stage than when the video has been filmed or animated.

The storyboard is your opportunity to perfect the visuals before you go ahead and create the video.

How to Make a Storyboard

Here, we’re going to give you a run-down of every step involved.

It’s not always essential to follow every. single. step. so feel free to skip one or two if it doesn’t apply to your video.

1. Break down Your Script

If you haven’t already broken your script down into scenes, then start by doing that.

There are many different ways to write scripts, and at Wyzowl we like to use a different box–or ‘scene’–each time the action on screen changes.

At this stage, it’s important to plan how many panels your storyboard will have and number each one to ensure there is no confusion in the timeline of your video.

This step is particularly important if you’re working with a client.

Visual style is something that doesn’t necessarily come across through a script, but needs to come across in a storyboard.

Going back to the example of the dancing brunette character, the visual style would determine what clothes she wears and what the scene around her looks like.

If the video is animated, visual style is even more important. Just look at the difference between this character when he is drawn as a flat illustration vs. a 3D model:

After breaking your script down into numbered scenes and determining your visual style, it’s a good idea to create a list of things you need to draw.

Although certainly not essential, this step will help to ensure that nothing is missed from the script.

It also allows you to think about the extra details you want to include in your video before you start recording or animating.

This is the fun part!

Choose the type of storyboard that will work best for your project and start drawing. If your video is live-action, then we recommend sketching your storyboard on paper.

If it’s animated then we recommend creating a digital storyboard with software like Adobe Illustrator or an equivalent, such as Inkscape or Gravit.

Once you’ve completed the visual part of the storyboard, add text to each scene so that everyone who is going to review the storyboard can follow it.

This could be voiceover, character dialogue, or even just a brief description of what’s happening in each scene.

It’s also important to add notes that will direct your animators or videographers. For example, if you want to see a zoom, a pan, a tilt, or a specific transition, add this to your storyboard to inform your team.

These notes can be quick annotations or even just simple arrows that point in the direction you want the camera to move, like this:

7. Review it with Your Team

The final step in creating a storyboard is to review it with all stakeholders.

One of the most important functions of a storyboard is to prevent costly or difficult changes at later stages in the production, so feedback is very important here.

Gather feedback from everyone involved and then apply any necessary changes to the storyboard.

When everyone is happy, you can move forward to animating/filming!

Your storyboard is NOT the end product, so don’t agonise over every little detail.

You don’t need to create a new sketch every time one of your characters blinks, you just need to highlight the main points of action on screen.

Storyboards are maps for the rest of your production team, and maps need to be easy to read (if you don’t want to get lost!)

By numbering your panels you make your storyboard easy to follow and ensure that the storyline of your video is coherent before you start recording or animating.

The storyboard process is the first time that anyone in your team is going to see a visual representation of your script.

So when creating your storyboard be sure to spend time going over the script and thinking of the most imaginative way to portray the story visually.

Your storyboard needs to be seen by all stakeholders before you start recording or animating your video.

If not, you could find yourself making some costly changes that could have been easily avoided.

Gather feedback from your entire team and make tweaks to your storyboard until you’re all happy enough to move forward.

But keep in mind that too many cooks can sometimes spoil the broth!

Being creative and making videos should be fun!

Although there’s a lot to think about and consider, try to also take a step back and enjoy the process.

If you enjoy making your video, that enthusiasm will shine through to your viewers.

A storyboard is a vital component of video production.

It’s a sequence of sketches or illustrations that allow you to map out the key scenes planned for your video before production begins.

This allows you to avoid mistakes that may require you to reshoot or reanimate your video, resulting in delays and added costs.

For more information about different types of videos, take a look at our article: How to choose the right style for your explainer video.