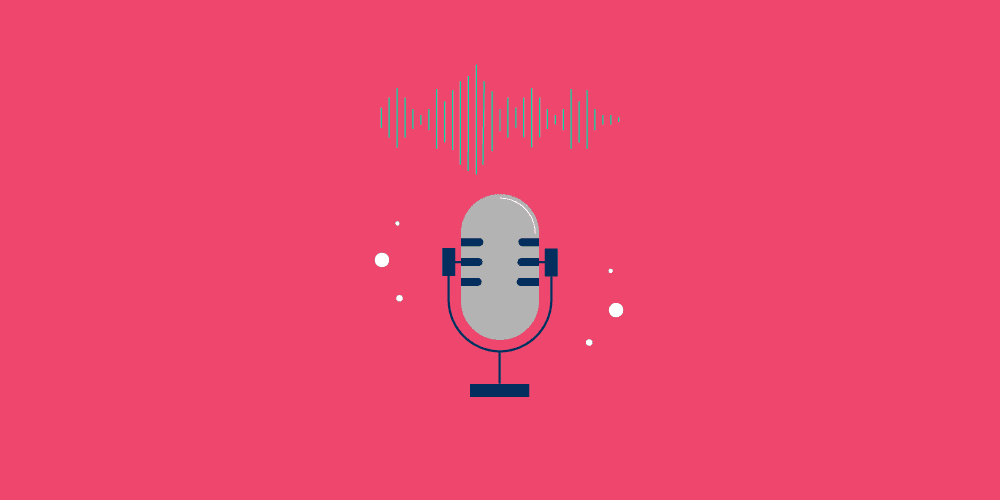 How to Choose a Video Voice Over (8 Tips)

Choosing the right voice over can feel like a bit of a minefield. The subjective nature of how we each interpret voices differently doesn’t make it any easier. One person’s silky smooth might be nails down a chalkboard to another. But, when it comes to selling a product it’s impossible to please everyone.

At the end of the day, your voice over will largely depend on the type of product you’re promoting and the audience you’re targeting. You need a voice over that will speak directly to your audience to establish long-lasting relationships that will pay dividends for years to come.

Here are the 8 most important factors to bear in mind when choosing a voice over artist for your explainer video.

Some products that are created for a specific gender naturally lend themselves to a voice over that’s representative of that audience. In which case, your decision is an easy one to make.

For instance, when Nike set out to promote their womenswear range with a campaign revealing the inner thoughts of women while they exercised, it was a no-brainer to opt for an ensemble of female voices that would resonate with their customer base.

NIVEA MEN’s collaboration with Premier League team, Liverpool FC, adopts the same principles. What could be manlier than a group of footballers grooming in the locker room while a male voice over gives a tongue-in-cheek commentary on their performance?!

Of course, when your product, brand, or service is neutral, selecting the gender of your voice over artist becomes less straightforward. Thankfully, there have been studies in this area to inform your choice.

Veteran voice over artist, Debbie Grattan, tends to agree with the latter point of view. “Because females tend to be the more nurturing gender by nature, their voices are often perceived as a helper, more compassionate, understanding, and non-threatening,” she says.

“This can be important in instructional videos…as well as commercial spots (conveying a less aggressive, more persuasive approach).”

Accents can also have a major effect on how well your voice over hits home with your audience. Once again, the aim of the game is to strive for relatability. For instance, if you’re a local business then you’ll probably want to target a voice over artist with a local accent to appeal to the customer base in your locality.

Interestingly, regional accents can also evoke different responses from us. For example, in the UK the Scottish accent has long been held in high regard in advertising circles because it’s seen as trustworthy. In the US, the warm lilt of Southern and Texan accents is often regarded as friendlier than more clipped northern equivalents.

It’s worth considering the effect of accent bias when planning your voice over. Let’s take a look at some examples of when accents have been put to good use:

Jack Daniel’s is the quintessential, all-American whiskey brand. The makers of this video have given more than a passing nod to the label’s Tennessee roots with their choice of voice over.

British bank, First Direct, is world’s away from Jack Daniel’s. Carving a niche as a bank that does things differently, the down to earth, north of England accent of their voice over reflects this perfectly.

As the old adage goes, ‘it’s not what you say, but how you say it.’ You might have a killer marketing message but it could easily fall on deaf ears depending on the way it’s delivered.

Professor Emeritus of Psychology at UCLA, Albert Mehrabian, developed a famous rule of thumb that suggested just 7% of meaning is found in words themselves but a whopping 38% comes from tone of voice (the other 55% comes from body language, which is less of a concern for a voice over).

In other words, it’s important to give your voice over artist plenty of direction regarding the tone of voice you’d like them to use. You want their delivery to echo the tone of your brand and influence your listener for the better.

If your brand is relaxed and informal, then you could give your voice over artist the freedom to have some fun. Whereas, if your business is seriously corporate, you’d be better off getting your message across in a clear, authoritative tone instead.

This video from British bank, TSB, illustrates how an upbeat and engaging tone of voice (as well as that aforementioned Scottish accent!) can make a banking institution sound more human and approachable.

Judging the speed and pace of your voice over is crucial for several reasons. First and foremost, you want your audience to understand your message, which means giving them time to digest what you’re conveying. But you also want to keep your story moving along at a rate that’s pacy enough to keep them hooked and engaged.

Striking that balance is no mean feat!

Getting this right boils down to the script you provide to your voice over artist. For example, a 90-second video needs a seriously tight script that isn’t overloaded with information. The industry standard for 60 seconds of animated video is 130-140 words of voice over text.

Of course, it’s vital that your onscreen action matches the voice over. Ultimately, your voice over artist’s job is to provide exposition, or further meaning, to your visuals.

This explainer video we created for employee benefits experts, ebenefit Marketplace, illustrates how to get your point across succinctly in just 93 seconds.

Of course, how do you even begin to choose one voice over artist over another? Well, it’s actually not that different to choosing a new employee. Even a cursory look through the search engines will throw up a host of professional voice over artists and agencies.

First off, you’ll want to listen to examples of their previous work. A good voice over artist will be able to give you a range of samples. Tune in to the type of work they’ve done previously and ask yourself whether their body of work has any parallels with your own product or service.

If not, you’ll want to assess if they’ve handled a range of different voice work. Can they deliver a straight infomercial dialogue one day and an expressive storytelling narrative the next? Flexibility and adaptability are excellent traits to look out for.

It’s nice to get a recommendation though, isn’t it? Much as you wouldn’t choose to employ a plumber who hadn’t been recommended to you, why would you trust a total stranger with your business’ voice over duties?

This is when it can make sense to work with a video production agency. They’ll not only have a range of artists on their books whose reliability they can vouch for but they can also help to whittle down the list to an artist or artists that they think will suit your project.

Here at Wyzowl, we work with a wide range of incredibly talented voice over artists. Which means we can match you with an artist that captures the essence of your brand message. Just like we did for Supportful:

Unless your voice over artist can go into a studio with you (and let’s face it, this is an expensive option), it’s likely they’ll be working remotely. Which means you won’t have a huge amount of control over recording parameters like the microphone and recording equipment.

You can have some say over the processing choices though.

For example, it might be in your best interests to ask for unprocessed sound. Especially if you’re going to hire a professional editor to mix the video. Things like noise reduction and reverb can be added in later but they’re much harder to take out.

You should also be clear about the file format and bitrate that you’d like your audio to be in. Standard file formats include WAV, MP3 and AIFF. While 44.1KHz is the recognised bitrate for CDs, so anything that matches or exceeds that rate should be just fine for an explainer video.

Check out the superlative sound quality on the voice over to this typically sharp Guinness advert from a few years ago:

You might think that you’ve found a killer voice over artist but will your audience agree? Let’s say your target audience is women aged 35 to 55 years old, then chances are you’ll want a voice over artist that can appeal to that specific audience bracket. This is where demographic testing can be really useful.

That doesn’t necessarily mean spending a huge amount of time and money researching either. It depends on the scope and scale of your video. If you’re expecting to reach a limited audience, then surveying a handful of people will do. But, if you’re going for an ongoing, national campaign then it’s worth investing in a more in-depth audience poll.

Saga’s range of products, from holidays to insurance, is marketed squarely at the over 50s market. They nailed the brief to source an age-specific voice over when they employed veteran British actor, Larry Lamb, to bring this video to life.

Who can predict the overall success and longevity of your video? It’s definitely worth thinking about the bigger picture right from the offset if you can though. For instance, is your chosen voice over artist the right voice and personality to represent your brand values for years to come?

We, as customers, form an emotional attachment to voices and once an association has been made with a brand it’s then very difficult to break that connection. If you’ve built up a reservoir of trust in that respect, then you wouldn’t necessarily want to deviate from what people know.

Okay, so it’s not strictly a voice over, but Harvey Keitel’s voice is a major component of his straight-talking character, Winston Wolf. Which has been put to good use by UK insurer, Direct Line, in a series of equally no-nonsense commercials.

Choosing a voice over for an explainer video is a big decision. But it’s not insurmountable. Hopefully, this article will inspire and empower you to take the next step. All you need to do is bear our 8 essential tips in mind when you do decide to go for it:

Now that you’re well on your way to securing the right voice over artist for your explainer video, you might also be planning to source some royalty free music. But where do you start? Fear not, we’ve got you covered! Check out our article about the best royalty free music sites for more handy tips.