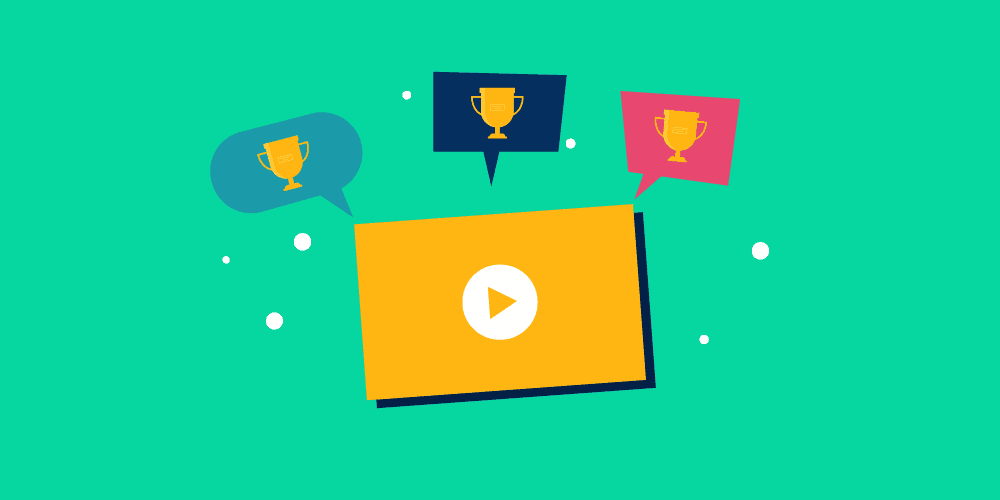 Whether it’s the funny ones that keep you watching, the weird ones that shock you or the emotional ones that tug on your heartstrings, video ads have a place in marketing.

There are endless ways to make them, and countless styles to choose from. All you need to get started is an idea.

Plus audiences love them, 57% of people say video ads are more likely to convince them of the value of a product or service than a static ad.

So, if you’re looking for some inspiration, look no further!

In this article, we’ll take a look at ten ads that achieved great success, and look into exactly what made them great!

What makes a good video ad?

First up, if you don’t get people to take notice quickly, you’ve wasted an opportunity. Any great ad should command attention within the first few seconds, so a strong opening is important.

But once you’ve achieved that, the hard work isn’t over, you must keep the viewers interested! You can do this by making sure the content is tailored to the intended audience and by keeping the length reasonably short.

Ads should have a clear call to action, so if people love what they see, they can contact you, buy your product, download your app – all the stuff your ad was intended for!

Last but certainly not least, good ads should be share-worthy! You can have the best distribution plan out there, but nothing beats organic, genuine shares from viewers who have enjoyed your ad.

Although aimed at the American market, due to social media shares, the ad has made an impact globally.

With the view count currently over 27 million (and still rising) nearly 8 years on, this ad has more than been worth it to the company.

The star of the show is the company’s founder and CEO (no celebrity cameo needed) who passionately talks about the product and adds humour along the way.

People related to this ad because it was straightforward, told us everything we needed to know and pointed us in the right direction.

The subscription service now boasts 4 million paying members and the company is thriving.

Feminine hygiene company Always took a phrase that is a well-known insult and turned it around for girls everywhere.

‘You throw like a girl’, ‘You run like a girl’ and many other variants of the phrase are used and the ad asks the question “When did doing something like a girl become an insult?”.

Using real people they discuss the issue and aim to squash it there and then. Inspirational music plus the participant’s heart-warming real stories allow for a groundbreaking final product.

Over 68 million people have viewed the ad, not only bringing attention to Always as a brand, but also the plight of girls all over the world.

This sweet animated ad from Mcvities was part of a £10 million marketing campaign with the aim to show that the simple act of sharing a biscuit can bring people together.

The campaign is an example of ‘purpose-driven marketing’ that is being used by big brands these days. People want their ads to mean something, they aren’t always up for just the hard sell anymore!

‘Sweeter together’ raises the issue of the digital world taking over, that we’ve all got our noses stuck firmly to our smartphones. With a beautifully animated piece, with no voiceover, just music and actions telling the story, McVities show that sometimes less is more.

With 64% of their customers saying that their ads are attention grabbing, I think that the brand can call this one a success!

Nespresso released this stylish ad in line with their release of an limited edition ice coffee range.

Talk about selling a lifestyle! This ad makes the viewer instantly want to be on holiday sipping an iced coffee on the beach- mission accomplished!

The ad takes us on a tour around the Med, showing how luxurious the product is, in the hands of a glamorous woman, at the edge of an infinity pool and on the deck of a private yacht.

All linked together with the satisfying sound of ice cubes clinking at the end.

This ad saw Nespresso take a break from using their ambassador George Clooney (you might know him?) and shift focus onto the product. Paired with a beautiful animation theme and an upbeat music track, they succeeded in selling the idea of luxury.

5. Lyft- Life is better when you share the ride

With nearly 8 million views, this ad by ride service Lyft was a viral sensation.

Inspired by the Lyft community and the fact that ‘there’s a story behind every ride, the ad follows a lonely widow who decides to ‘share her ride’.

With all the buzz around the ad, Lyft was catapulted to the forefront of everyone’s minds as the go-to ride service- we’d call that a success!

Stick cute animals in an ad and you’re always going to be onto a winner right?

But Android’s ‘Friends furever’ campaign was a little more than that! We’re talking a rhino and a sheep who are best friends, a dog swimming with a dolphin and a husky and a cockatoo sharing spaghetti.

The ad itself was not for any particular product, just Androids ‘Be together. Not the same.’ campaign.

But still, the ad became the most shared ad online in the year of its release (2015). Its shareability is down to the emotional impact, people feel something when they are watching which leads them to want to show their friends.

This ad campaign released in the Philippines by brand giant Coca-cola inspired people all over the world.

People praised the emotion, depth and meaning of the ad campaign, and although the brand is already famous for their Christmas ads, this one hit a little differently.

Using real life footage of a variety of workers being given Christmas surprises, I applaud you if you can watch all the way through without shedding a tear!

Racking up nearly 3 million views the ad goes to show that brands can step away from their normal offerings and still see success.

If you’re from the UK there’s no way you haven’t seen Serge and friends on your TV screen. This clever marketing ploy, taking the word ‘market’ and changing it to ‘meerkat (however silly it sounds) has seen huge success for the brand.

People will flock to Compare the Market just to receive a cuddly toy of the ads main characters, which are only available exclusively if you buy insurance from them- smart move.

But, the ad also secured the company an amazing slot as the sponsor of popular soap opera Coronation Street, which sees the ad being shown multiple times a night to millions of viewers.

If you’ve clicked on the link to view the ad, I’m sorry but the song is going to be stuck in your head all day!

But that’s the point right? What started out as a humble ad designed to raise awareness of safety around train tracks soon became a viral sensation.

The song quickly became available on iTunes and climbed the charts in major countries all around the world.

Within a week of it’s release the ad had over 20 million views and the campaign expanded to include train platform posters, billboards and even a children’s book!

A mobile game was also created, garnering input from it’s audiences which only grew the ad’s popularity.

The ad has become a phenomenon and is a great example of just how successful video ads can be!

Simplicity at its finest.

In the early days of the internet, this was the kind of advert that got people’s attention. Viewers loved the humorous tone and some even questioned, ‘Is that a real bear?’

It was even voted ‘The funniest ad of all time’ by Campaign Live. A big win for UK seafood company John West.

It’s the surprise element of the ad that gets you, at first you think you’re getting a nature documentary style clip, but give it five seconds and the fun really begins!

The examples above show there’s not a ‘one size fits all’ formula to making an ad, there are so many ways you can go about them.

But one thing is for certain, if you get it right it can have a huge impact on your brand or business.

Have you got an idea for the next big ad success story? Maybe Wyzowl could help you make it.