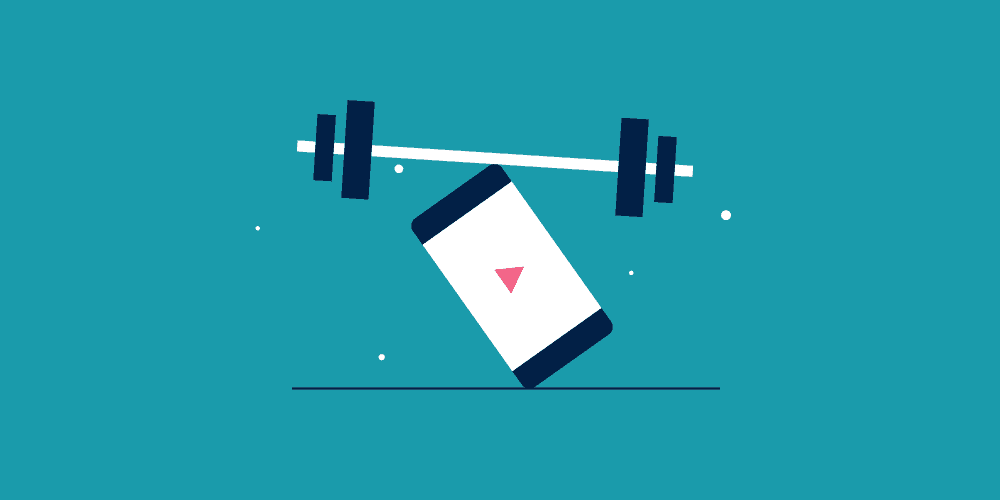 8 Stats That Prove the Power of App Demo Videos

When Apple first opened its App Store on 10th July 2008, there were around 500 apps available to iOS users.

It’s difficult to get exact real-time numbers – due to how fast new apps are added (and removed) – but by Q3 2020, that number had reached just under 2 million – and it’s not even the biggest app marketplace, an accolade which belongs to Google Play with closer to 3 million!

This illustrates the rapid growth of the app market – and evidences just how lucrative and appealing a market it really is.

Facing that kind of competition, it’s little surprise that app marketers are prepared to seek out any advantage they possibly can.

And one tool which, time and again, is shown to give app marketers an advantage is video.

It helps app marketers communicate the idea behind their app, onboard new users, train and educate existing users on specific features. Accordingly, it has the potential to increase awareness, exposure, downloads, engagement, retention, positive reviews, referrals and more.

Not bad, right? But don’t just take our word for it.

Here’s a selection of stats that demonstrate the insane power of app demo videos:

1. 77% of people say they’ve decided to download a mobile app after watching a video that demonstrates how it works.

This demonstrates the extent to which video can be a persuasive educational tool. There’s a reason why so many top performing apps include demo videos on their App Store/Google Play page: it’s because video is a fantastic visual and storytelling aid for helping people imagine how their experience with an app might actually play out.

By pairing a demo video with ad budget you can also reach people ‘away’ from the app marketplaces with the message of your app – demonstrating how beautiful it looks, what it  does, how it works and what it can help the audience do. This is a powerful way to reach and explain your app – and, as you can see, over ¾ of people say that this has helped them reach the decision to download an app.

2. 83% of people feel that watching a demo video helps them make a more informed decision when considering whether to download an app or not.

In any decision making process, information is key. The more informed your customers can be, the better.

Video really helps supplement other parts of an app page – screenshots, text descriptions, reviews, etc. – because it goes further in demonstrating how an app actually works. How those features slot together and work.

3. 86% of people say they’d be more likely to download an app if they could watch a short video demonstrating how it works.

If acquisition is what you’re looking for, this stat alone surely makes an app demo video a no brainer.

A short video that sums up the key functionality of the app – we’re talking anything between 30 seconds and 2 minutes – is a relatively inexpensive piece of content to make, but could pay off handsomely by supercharging your download rate.

4. 75% of people believe that video is the best way to learn about how a mobile app works – compared to screenshots (18%) and written text descriptions (7%.)

In the information age, we’re hardly short of choice when it comes to different formats and media types to share details about how a product, service or mobile app works.

So why choose video over all the others?

Well, here’s the biggest reason; it’s the way your users want to learn about your app!

In fact, it’s not even close. The closest competitor – screenshots – polled just 18%, whereas video is preferred by a healthy 75%.

5. More than 1 in 4 people say they ‘rarely’ or ‘never’ read the text description before downloading an app from the App Store or Google Play.

There are a few ways to read this one.

In one sense, it’s a pretty damning indictment of modern app users’ ability (or willingness) to read text!

But in another, it demonstrates that there are other, far more compelling ways to put forward crucial information about your app, than burying it within the text description.

If you’re including desirable features in the text section of your app page profile, there’s a good chance that up to three-quarters of your user base will NEVER read it – and maybe even higher than that.

6. 93% of people say that, at some point, they’ve downloaded an app – only to immediately find that it didn’t do what they thought it would.

Who can’t relate to this one?

The problem is, despite it being really important to make it crystal-clear what your app does (and doesn’t do) through the various avenues available on an app page – video, screenshots, copy, reviews, etc. – SO MANY apps fail to do it.

As a result, 93% of people have found themselves ‘taking a punt’ on an app in the hope (rather than expectation) that it will do what they want, need or expect.

Now, in the grand scheme of things, is this particularly damaging? Some people would say that if incomplete or ambiguous information about an app encourages people to download it and ‘kick the tyres,’ then that’s not the worst thing in the world.

But the problem with that approach is that it leads to a much higher-than-necessary churn rate. It can also lead to annoyed users, who leave negative reviews, which affects app visibility and puts off potential would-be users in future.

Which leads us to…

7. 95% of people have deleted an app the SAME DAY they installed it.

This lays bare the cost of incomplete or inaccurate information: people don’t stick around, and your retention rate takes a huge hit!

8. More than 90% of mobile app users feel that video would be a good investment for brands looking to increase downloads and retention.

Perhaps most tellingly, when asked how app marketers could be successful in growing their download and retention rate – more than 90% of mobile app users say they believe that video is a great way to do all of this.

The stats laid out in this article make it crystal clear: video is a ‘must-have’ tool in the toolbox of any app marketing professional.

The beautiful thing about video is its versatility. From explainer videos to app demos, there are so many different ways to educate users about the full value of your app. And, once you’ve created that content – it’s diverse enough to be used in a variety of ways, to amplify its reach and its impact.

Feeling inspired? We’d love to chat about your app and how we can help you reach (and engage) more people than ever. Get in touch to chat!