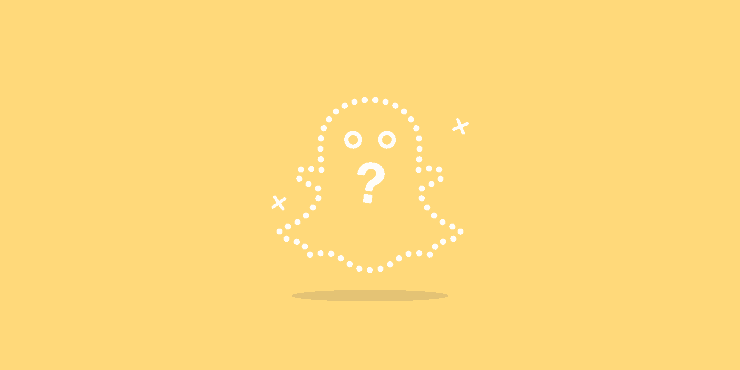 Why Snapchat Video Marketing Isn’t Worth Your Time

When it comes to building a presence on social media, many marketers base their strategy on proven results and industry-wide statistics. That’s no different whether we’re writing a tweet or recording a Snapchat video.

The appeal of social video marketing is attractive for brands, especially considering that the average person watches over 1.5 hours of video content every day. Plus, 65% of businesses who don’t currently use video say they intend to start in 2018 (meaning it’s growing in popularity).

That makes it a fantastic opportunity to position your business in front of target customers, right?

However, it seems like brands are being selective when it comes to choosing which video marketing platforms to use. What may be even more shocking is that Snapchat, who’s rise was attributed to their use of video content, isn’t the platform of choice for many businesses. Instead, other social media giants are being favoured… Why is that?

In this article, we’ll explore some of the reasons Snapchat is being avoided by video marketers, while other platforms flourish.

The Introduction of Snapchat Video Marketing

Snapchat, who are crowned as the holy grail platform for younger video consumers, was relatively new to the social advertising scene. They only launched in 2011, which was considerably later than social advertising giants like Facebook and Twitter.

The most popular type of Snapchat video content is Stories. When an account has been created by a business, they can film a 10-second video to show on their Story, which is visible to their Snapchat friends. It’s like any other social platform, where you can build your following and post content for your audience.

Self-confessed social media queen, Kylie Jenner, is a huge fan of using Snapchat Stories. Here’s how she used them to announce her latest beauty launch:

These days, it’s considered uncommon to scroll through a social media platform and not see at least one ‘selfie’ with a filter overlay. The majority of these filters come through Snapchat – and brands have the ability to create their own.

GeoFilters allow anyone within a certain proximity to overlay their photos with a branded filter. So, if you have a brick and mortar store that you want to raise awareness about, this may be a great way to promote your business through Snapchat!

Similar to the content you see when scrolling through your Facebook News Feed, Snapchat offers video advertising to brands.

The placement of Snap Ads allows businesses to showcase their content in people’s feeds, and between the Stories of their friends.

Here’s an example of LG using Snap Ads, shown between a Story collection:

Why Aren’t We Using Snapchat Marketing?

With so many video content formats to choose from and a staggering 173 million daily users, you might be surprised to learn that brands are bailing on Snapchat marketing.

In fact, only 11% of marketers have used it, and 27% of those found it effective. It’s one of the only social platforms set to drop in video marketing usage in 2018, with less than 10% planning to use it.

But why are we bailing on Snapchat video marketing, and opting for the bigger platforms instead?

When we think about the return on investment (ROI) for social video advertising, we want to spend the least amount of cash and get the best possible results. That’s the sign of a great marketing campaign, right?

That might be a tricky task to master if you’re using Snapchat.

Many businesses and brands are shying away from Snapchat – particularly their advertising offering – for one simple reason: the cost.

Starting at $10k per month and varying massively depending on requirements, Snapchat turns away smaller businesses with capped budgets. Let’s face it – even large businesses might be afraid of ploughing so much money into a single video marketing campaign, on one single platform!

The excessive cost for Snap Ads means that businesses are turning towards other platforms, such as Facebook, which allow brands to advertise their products and services for as little as £5 per day. This makes it much more cost-effective for budget-conscious brands, and a potential reason behind the Snap Ads decline.

The demographics are limited

Successful marketing campaigns are tailored to their buyer personas and ideal customer profiles. If your ideal demographic isn’t millennials with a passion for social media, Snapchat is off the cards.

That’s because the Snapchat audience is extremely limited. Only 2% of users are over the age of 55, and the largest age demographic (by far!) is 18-24-year-olds, who make-up 37% of their audience.  Plus, the Snapchat app isn’t available on Linux or Windows Mobile phones.

The niche audience of Snapchat means not all businesses can exploit their audience with video content and advertising. Although it’s perfect for millennial-targeted content, brands would struggle to advertise products for people outside of that demographic – like kid’s bikes or dentures!

Your content’s lifespan is limited

When Snapchat first came on the scene, they had a huge differentiator that set them apart from other video content platforms: the fact that a video’s lifespan is limited, and is no longer accessible after that time has passed.

While this attracted younger people who worried about their social habits being permanent, it’s not beneficial for brands.

The lifespan of Snapchat videos tends to be no more than 10 seconds. Creating content for such a small period of time can be time-consuming, and costly when paying to advertise the same content multiple times.

Plus, 10 seconds is not usually enough time to make an impact – unless you have a strong message and awesome visuals!

Snapchat is not ‘social’ for brands

Although Snapchat is defined as a social platform, it’s not as ‘social’ as other sites. Audiences are unable to engage with the ads, and advertisers can’t get feedback on their video content. That makes communication very restricted, and the benefits of engaged audiences diminished.

Either of these things give an added bonus: a reaction has been provoked, and the audience of the person who’s interacted with your video content can also be exposed to it.

In turn, that means you could get more eyes on your content… For free.

Because Snapchat doesn’t allow this social aspect and hides much of its’ content, it’s difficult for brands to cash-in on their increased exposure. They’re also unable to get feedback or suggestions for improvement on the ads, making it feel like a stab in the dark.

Although Snapchat does prove to be an effective video marketing strategy for businesses with similar demographics, it’s not the first choice for many. Its’ usage is set to decline this year, and many brands are opting for other social media platforms to showcase their video talents.

To learn more about the state of video marketing in 2018, head over to our study. We asked hundreds of marketers to give us their thoughts, opinions and plans for this year, and some of the results are very surprising!