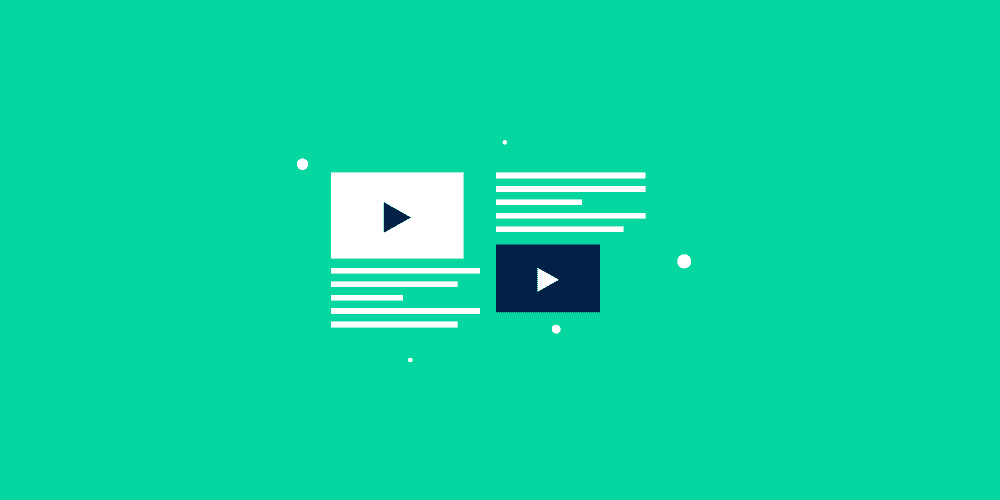 What are Instream and Outstream Video ads anyway?

Can you think of the last time you went a whole day without watching a video?

It’s crazy to think that just 75 years ago, the average person didn’t have access to a TV. That means there’s a group of people still alive today who likely remember the first TV they ever bought!

And just look at our homes now. There’s a screen in every room – we even carry one around in our pockets – and watching videos is just…the norm.

According to our 2020 survey on the state of video marketing, people watch an average of 16 hours of online video every week.

And it’s inevitable that some of those videos will be ads. Video ads are the most preferred way for consumers to learn about a product or service.

In this article we’re going to compare two different kinds of video ads: instream and outstream – to find out the difference between the two!

Instream ads are the video ads that you’re probably most familiar with. These are the videos that appear within other video content – as a pre-roll, mid-roll, or post-roll ad.

As the names suggest, pre-roll ads appear before other videos:

If these are less than 20 seconds then they are non-skippable – meaning viewers must watch the ad in its entirety before they watch the video they clicked on.

Ads that are longer than 20 seconds can be skipped:

Mid-roll ads appear in the middle of video content, with a countdown letting viewers know when the ad is coming up:

And post-roll ads, as you probably guessed, play after the video.

There are arguments to be made for which type of instream ad you use as a video marketer. But, according to a 2017 study, pre-roll ads are the ones considered to be the least interruptive by viewers.

The same study found that 69% of people were able to recall a pre-roll ad, compared with 41% for mid-roll.

Here’s an example of an instream ad from Monzo:

This ad is funny, snappy, and explains the product in just 60 seconds. It also ends with a call-to-action that tells viewers what to do next.

The targeting capabilities available for instream ads make it easy to get your videos in front of the right people.

For example, this Monzo ad is most likely to appear within video content that is related to banking.

For more information about instream ads (particularly pre-roll ads), check out our article: What is a pre-roll ad? (+7 ingredients of the best ones)

One of the benefits of marketing through instream ads is that people are already set up to watch video content, because they’re actively searching for it.

When your instream ad plays out the people watching have either just clicked on a video, are in the middle of one, or have just finished one.

That means it’s likely that they’re sitting comfortably, with audio on, ready to engage with some awesome video content.

People who are watching your instream ads, particularly non-skippable pre-rolls and mid-rolls, have a reason to keep watching.

They want to get back to their original content, so they have a certain level of motivation to see the ad through.

And, if your ad is somehow linked to the content they’re watching (which it usually is, thanks to incredible retargeting capabilities) then it could even add to their viewing experience – making them more likely to find out more about your product or service later.

One of the negatives of using instream ads is that there’s only a certain number of sites that you can market on.

But, if you market to B2B customers, or just people who don’t spend a lot of time on social media sites, then you could find this limiting.

People are exposed to instream ads when they have searched for some other form of video content.

They haven’t necessarily ‘opted-in’ to watch your ad, so this can make instream videos feel annoying, and even intrusive.

Outstream ads are the new kids on the block. These are videos that appear in non-video environments – mainly text-based content, like articles.

We screen-recorded a website experience to capture an example for you:

As you can see, the video autoplays as the user scrolls over it. And there is the option to click the ad to listen to the audio.

When the user scrolls past the video, it stops playing – both visuals and audio. So this is a very non-intrusive form of video marketing.

Outstream ads also allow you to target your audience in places that you may not have been able to previously (with video marketing).

You can use outstream ads to connect with people who might never visit sites like YouTube and Facebook, but you can also use them to retarget people who might’ve already seen your instream ads.

Retargeting is a form of marketing that targets consumers based on their previous actions. Let’s use Herbal Essences as an example. Their customers might look for hair care tips on YouTube – and maybe there they will see an instream ad, like this one:

And then they might visit a hair care blog. There, Herbal Essences could retarget them with an outstream ad, like this one:

For more information about outstream ads, check out our article: How to create video banner ads that blow viewers away!

With outstream ads, you aren’t waiting for your audience to come to you. You go to them. This means you can find your audience wherever they are online.

This is particularly useful if your audience is unlikely to spend a lot of time on the sites where instream ads are used.

Outstream ads don’t impose on the user’s experience at all. As they slot into the places usually reserved for banner ads, users can simply scroll past if they aren’t interested.

If they are interested, then they make the choice to watch. They even decide whether they want to listen to the audio or not. This makes for a more positive customer experience and also means your video views aren’t wasted on people who aren’t interested.

Your outstream video ads must fit in with the content on the site, otherwise you risk wasting ad spend on consumers who aren’t interested in your product or service.

When finding a publisher, it’s important to do your research and ensure that your ads are going to be placed alongside perfect companion articles.

While the idea of static banner ads is practically ancient in terms of online marketing, video is still relatively new.

It’s important to ensure that your outstream ads are placed where publishers say they are going to be placed, to ensure maximum effect.

It’s also important to monitor these placements to find out what works for your brand and what doesn’t, so you can improve your outstream video marketing in the future.

As we’ve seen, both instream and outstream ads have positives and negatives to be considered.

Neither can really be considered ‘better’ than the other, as it all depends on the customers you’re marketing to, and your needs as a marketer.

Whether you plan on creating instream or outstream ads, one of the most important things to consider is making them as targeted as possible – this means that, wherever your audience finds your content, it will be relevant to them.

Utilising both instream and outstream ads is probably the best way to ensure your video marketing has the most impact.

So it’s clear that video ads have impact – whether they’re instream or outstream.