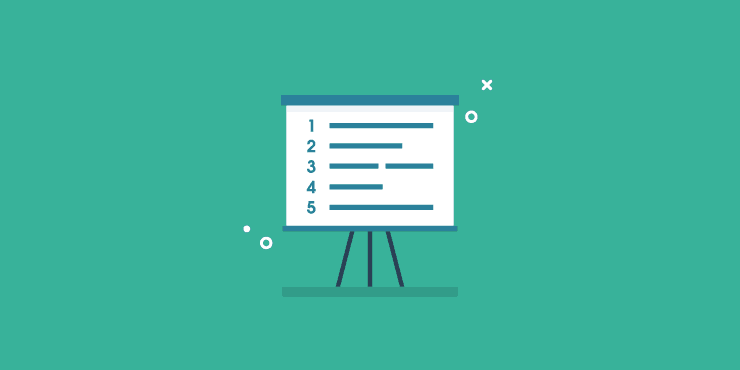 Explainer Videos Are Worth The Cost – Here’s The Proof

In this article, we’ll show you five brands that have hit the jackpot and secured amazing results thanks to their explainer videos.

Think about the last time you came across an interesting product being advertised on social media. You head to check out the brand’s website, but the worst happens: you’re hit with a wall of text and images, and you’ll need to whip-out a compass to navigate around the website.

It’s an unpleasant experience, isn’t it? You’re unlikely to purchase the product that drove you there in the first place, if this happens.

Potential customers could have this experience on your site if you’re relying solely on text to sell your products. But, you could stop this circle by using short bursts of video to drive more conversions from your site.

Simply put, explainer videos are short videos that explain your business or product to a new visitor. A video should help people understand and what you offer, the audience the product/service is for — and more importantly, why people should buy from you.

They stop new visitors from being driven away from large blocks of text. Why? Because they help a viewer understand what a product or service is, and how it would benefit them by purchasing, without investing time into reading.

Why Should I Create Explainer Videos?

Explainer videos also cater to our ever-shortening attention spans, making them easy for people to watch and enjoy. People are more likely to watch a shorter video and share it with their social circles, which explains why video content less than 15 seconds long is shared 37% more often.

By not incorporating them into your video marketing strategy, you could be missing a trick.

But, many businesses shy away from creating this type of video content because it can be expensive. If the explainer video is created by a freelancer, you should expect to be paying between £725 and £3,950 for a single video. If you use an agency, the price could be anywhere between £2,050 and £43,500.

Today, we’re answering a crucial question that all businesses have on their lips when questioning their value:

Are Explainer Videos Really Worth the Cost?

Here at Wyzowl, we’ll answer that question with a resounding ‘yes’. But, that’s not just us giving you the nudge to invest in this type of video content.

Explainer videos have been proven to drive valuable results for many businesses, including:

These days, we see Dropbox as a big brand with an enviable marketing budget. They didn’t start out like that.

Like many small businesses, Dropbox opted to use various methods of advertising (including Google AdWords) when starting their first marketing campaigns. Unfortunately, they didn’t see the results they’d hoped for.

They were spending between $233 and $388 for every customer they had acquired. Considering the product was only $99 to purchase, it wasn’t a sustainable method of marketing.

After their failed AdWords attempt, Dropbox chose to invest money into an explainer video that detailed everything a new customer would need to know, before purchasing:

The result? A 10% conversion rate, helping them quickly generate an extra 100 million customers. The explainer video generated a return on investment (ROI) of $48 million in extra revenue.

Not bad for a small business, right?

A fantastic ROI wasn’t just pot luck for Dropbox, though – although their explainer video was excellent. Across the board, 78% of marketers say video gives them a good ROI, making it a fantastic investment for small businesses to cash-in on in the long run.

The ROI of your explainer video can be easily calculated. Simply head into your Google Analytics dashboard, and analyse conversion paths. How many people converted after landing on a page hosting your explainer video? Compare this to the initial cost of producing the content to see whether it was worth the investment.

Explainer videos are beneficial to not only small businesses looking to find new customers, but also to brands who are crowdfunding and looking for investment.

Kickstarter is an online crowdfunding platform that allows regular people, like you and I, to invest in new products, brands and businesses. Think of it like the TV show Dragon’s Den, but on a smaller scale.

However, Scott Thrift found major explainer video success when he used this type of content to gain funding for his new business:

The result of this video? Scott managed to raise $97,567 from 837 backers across the duration of his Kickstarter campaign. He didn’t slip to the back of the priority queue for investors – all because he had an explainer video to support his Kickstarter project.

Because explainer videos are short and to-the-point, your audience don’t need to invest tonnes of time into your business before they purchase. That’s why 81% of people have been convinced to buy a product or service by watching a brand’s video.

You can see similar conversion rates on your eCommerce website by investing in an explainer video, and using it on your home, category and landing pages.

Last year, we worked with JotForm to create a series of videos based around their new product features and launches.

As a software company targeting a B2B audience, it can be tricky to get busy professionals to watch a long, complicated video. That’s why we created an explainer video for them that was just a minute long, and didn’t drain the fun from a working day.

Since using these explainer videos in their marketing strategy, JotForm have since named video marketing as ‘a vital component of their product launch’, and seen enormous success through this form of content.

Just a few hours after pressing the campaign launch button, JotForm received over 80,000 impressions and 11,000 views on their explainer video. Over 5,000 visitors headed to the landing page from the video, and within the first day, the cost per video view had dropped to just $0.02.

Marina Lau, Marketing Manager at JotForm, said: “We saw a 2.2% clickthrough rate at a cost of $1.07 per click (lower than most of our search network ads)!”.

Not bad for a 1-minute long video with a ‘modest’ budget!

Explainer videos are great for using in social advertising – especially on platforms such as Facebook, where video is considered highly in the algorithm. That’s because video is more appealing than a huge chunk of text, and allows people to get to know the brand on a more personal level.

Dumb Ways to Die: A Surge in Social Shares

Whether you’re a lover of social media or not, there’s no doubting that a surge in social shares can be beneficial to businesses.

It’s not just the exposure of your brand that could double by seeing social success, though. Social shares are considered highly in a search engine’s algorithm, meaning a well-shared page containing your explainer video could hit the top spots in Google.

When Australian-based Metro Trains posted their explainer video titled “Dumb Ways to Die”, it certainly made an impact on social media:

Over 3 million shares of the video were recorded on Facebook, followed by a further 100,000 on Twitter. What a way to make an impact!

Along with hitting the jackpot in terms of social shares, Metro Trains’ explainer video achieved its purpose.

The video was designed to educate people in Melbourne about rail safety. Within four months of launching the explainer video, the Melbourne Metro recorded a 21% reduction in accidents and deaths, compared to the same time in the previous year.

Talk about a win-win situation!

If you’re looking to create any type of content to market your business with, you’ll need to make sure it impacts the bottom line. After all, it’s not sustainable to promote your brand with a campaign that fails to impact sales – no matter how large your marketing budget.

A great case study on using explainer views to generate income comes from Crazy Egg. They created a piece of video content to be shown to new customers landing on their homepage:

Now, Crazy Egg attribute the explainer video to an additional $21,000 a month in new income. If we compare that to the highest average price for creating this type of content (£43,500), it’d only take a few months to breakeven. If you look at the lower costs, breakeven comes within a few days… The rest is pure profit!

But why are explainer videos so good at converting customers? Well, 69% of people have been convinced to buy a piece of software or application by watching a video.

That’s almost three quarters of the total visitors to your page that could convert after watching an explainer video. Plus, it could be the nudge your customers need to tip them over the edge when making their purchase decision.

It’s also been found that where both video and text are available on the same page, 72% of people would rather use video to learn about a product or service (making it more effective).

So, if you’re weighing up the pros and cons of text versus video, we’d vote for the video option!

As you can see, explainer videos can yield fantastic results for businesses of all size, no matter the industry they work within. Just like these brands, you could see a surge in monthly revenue, social shares and conversions – all from one single explainer video!

To learn more about the costs of explainer videos, head over and download our eBook. Detailing everything you’ll need to know the costs associated with outsourcing video creation, you’ll understand the pricing of an explainer video and calculate the possible ROI of your campaign. In addition, we recently contacted 70 companies to evaluate the benchmark cost of a 1 minute video across the industry. Take a look for some interesting stats! 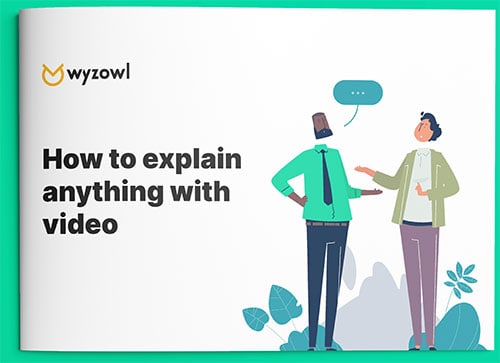