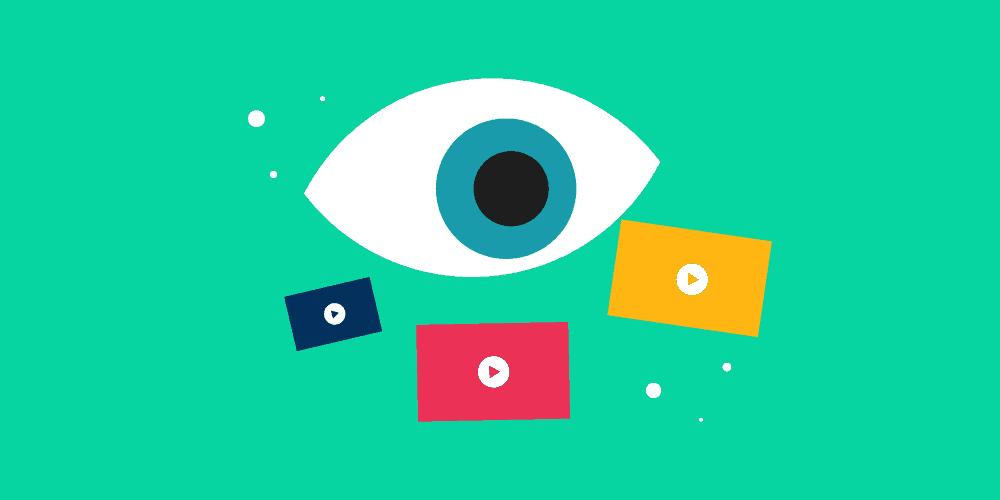 Despite the ambiguity around views, video usage on social media is on the rise and has been for years. 81% of businesses use video as a marketing tool in 2018, up 18% from 2017. Also, the number of social media users in 2018 is up 13% from 2017. So, social media videos are important. And when you look at your video view metrics, you need to know what you’re seeing.

Before we go into detail defining video views, however, get a load of these statistics: 55% of people watch videos in their entirety, and 43% want more marketing videos. Search results that include video thumbnails receive double the traffic of those that don’t, and videos increase organic traffic by 157%. Also, videos are anticipated to be responsible for 82% of IP traffic by 2021, so to keep up with the times, you must keep up with your videos. To track the success of your video marketing, you need to know what each platform considers a view.

The count of YouTube video views is meant to show how many times a video has been watched, but the company admits the number isn’t always accurate. Why? YouTube wants to make sure the views are coming from real people. When a video is first uploaded, the count only reflects views the YouTube algorithm deems valid, which might not actually include all valid views. Views the algorithm deems valid are those it can verify come from actual humans rather than bots or other computer programs.

The algorithm then gains traction and begins to validate views more quickly, but the more popular the video is, the longer the validation takes. Occasionally, the view count freezes (typically at 301). When the views are stuck on 301, YouTube employees are manually checking to see whether the views are valid. The simple explanation for this is YouTube doesn’t care much about videos with less than 300 views. Once a video passes that threshold, though, it has a chance to rank among the most popular videos, and its validity needs to be double-checked to protect YouTube’s reputation.

Aside from the points above, no one really knows how YouTube’s algorithm works. It may or may not take the length of time a viewer spends watching into account. However, this is highly likely. It’s generally accepted that a YouTube view isn’t recorded until the viewer has been watching for 30 seconds, but no one knows for sure.

In general, the standard number of views for both Facebook and Facebook Live is the number of times someone watched your video for three seconds or more.

However, Facebook tracks several video view metrics including two-second continuous views; three- and 10-second views; plays; watches at 25, 50, 75, 95, and 100%; and average watch time. The three-second and 10-second views also include the number of times someone watched 97% of the video if it’s shorter than three or 10 seconds.

Instagram’s video view metrics are probably the most straightforward of them all. The company lays it out clearly, “A video’s view count doesn’t include video loops, and a view is counted when a video is watched for 3 seconds or more.” These metrics only apply, however, to videos posted after November 19, 2015.

Instagram Stories are a little different. Their “views” are really just impressions, meaning the number of times they were viewed at all, even if they were just swiped right past. Swipe-aways are tracked too, though. So, if you want to do some math, you could subtract the swipe-aways from the impressions to get a more accurate view count.

We’ve discussed what defines a view and how important videos are, so now let’s talk about how to format them. According to one study, the optimal video length is 30 seconds or less. If you don’t optimise your videos for mobile, you’ll be in the minority, because 81% of marketers do. And they’re on the right track, because 51% of video plays are on mobile devices. So if your videos are longer than 30 seconds and are not responsive, your views are likely lower than where they could be. However, as mentioned earlier videos tend to perform better if they are longer on YouTube.

This is just the tip of the iceberg when it comes to using videos in your social media marketing. But at the end of the day you need to be aware that views are not consistently defined across platforms. We hope this has helped you understand what constitutes a view on the channel(s) you use. If you’re interested in learning more, you can check out our ebook on how to use video on social media.