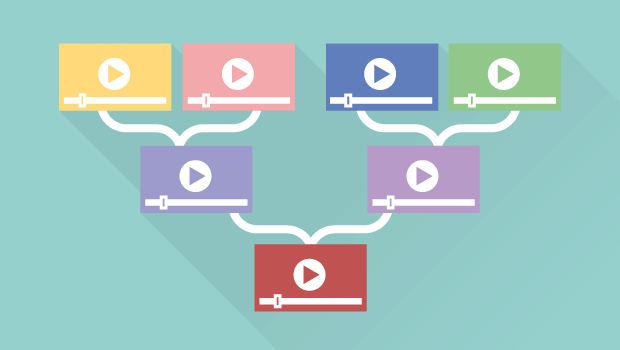 What are the common traits of awesome videos?

As more businesses embrace the incredible power of video, there’s a steady proliferation of new video content into the marketplace. Of course, they always differ in concept, style and content, but the very best among them seem to have many things in common. We’ve now made over 2000 videos, so we’re getting pretty good at recognising what makes awesome videos ‘be awesome.’

So what ties them together?

Let’s be honest, people have short attention spans, and the internet is jam-packed with other stuff to do. It’s no surprise, therefore, that – almost without exception – the most awesome videos are short, concise and to-the-point. They condense ‘the message’ into its purest form and keep things punchy and dynamic. This means that a greater proportion of viewers make it all the way to the end of the video, hopefully making them more likely to follow up on their interest in that brand or product!

Video Brewery recently put together a list of their top 10 best startup explainer videos ever. Excusing the outrageous fact that they didn’t include any Wyzowl wizardry, let’s look at the videos they did choose. The shortest was just 30 seconds, the longest was 2:38 and the average was 1:37.

What about this Hubspot list of the top 15 marketing videos? They range from 31 seconds through to a relatively meaty 5:26, but the average is still around the 2:20 mark…and these are the videos picking up major global attention, with literally millions of YouTube views each.

We recommend a video length of 1-2 minutes as a general rule, as explained by our MD Matt below (in a video that’s 1:15 long!)

2.They tell stories and make you ‘feel’ a certain way

There’s still a place for videos that simply sell features and benefits, but the videos that ‘travel’ and really get exposure these days tend to be much more nuanced than that. They tell stories and often have great emotional resonance – they make us laugh, fascinate us with things we didn’t know, or even bring a tear to our eye.

Take, for example, Dove’s Real Beauty campaign. Dove’s stated vision is ‘a world where beauty is a source of confidence, not anxiety.’ In other words, they’re all about promoting the natural beauty of all women instead of encouraging obsession over unrealistic, unhealthy body images.

Rather than shilling their products as being accessible, inclusive, affordable, and all that jazz, they decided to tell a story in their video. Check it out below:

Sure, this beautiful, moving story – which backs up the brand story amazingly – doesn’t say much about Dove products. But it has been viewed over 63 million times, shared by 4.5 million people, and no doubt made a big impression on many who watched it. Hey, which brand do you think they’ll pick up next time they’re buying health and beauty products?!

3. They engage the right people

As with any marketing communication, your audience is absolutely paramount and it’s crucial to keep them in mind throughout the process, directly addressing and engaging them with the end product.

What you say AND how you say it are both tremendously important. This means communicating in language your audience easily understands and will respond to, as well as using a tone-of-voice which strikes the right balance and piques their interest.

This extends to look and feel, too. Take for example our video about Ocutag Snap, a smartphone app which enables image searching. It’s targeted mainly at younger, tech-savvy smartphone users, which is reflected in the vibrant colours, fun soundtrack, playful graphic style and character look and appearance.

Another great example of directly engaging a particular market section is Microsoft’s ‘Child of the 90s’ video, which generated a load of buzz last year. This specifically focuses a number of memories which are uniquely nostalgic to 90s kids. As a result, it was widely shared and enjoyed across the web (48 million+ views!)

Consider who your target audience is – and ensure that this person is always at the centre of your thoughts during the video process.

4. They have character & personality

We’ve touched on storytelling as a central component of awesome videos, but stories are made by characters.

The Dove videos feature young women with insecurities about their appearance – by the end of the video, they realise that they’re more beautiful than they think.

GoPro, whose strapline and brand story encourage us to ‘Be a Hero,’ made a hugely successful video which shows a fireman rescuing an unconscious kitten from a burning house filled with smoke. Things don’t look good for a while, there, and we’re unsure whether kitty will pull through, and hugely relieved when he comes around (spoiler alert!)

Many of our animated videos use a troubled character as their starting point. This guy or gal is experiencing all kind of problems because they don’t have this product in their life yet. Suddenly, we introduce the product and all their problems are solved. Not only does this help build viewer empathy, it’s a much more dynamic, colourful and entertaining way to demonstrate product benefits than simply listing them.

Regardless of whether it’s animation or live action, make sure your video has plenty of character. The best ones always do!

If you want your video to really make waves, then it needs to be pretty high in quality. We live in the HD era where visual imperfections are increasingly inexcusable (with apologies to our friends at Dove!)

The good news is, a great video is more affordable and easier to achieve than you might think. We’re really proud of the fact that we make awesome videos with fixed turnarounds, fixed pricing (no hidden nasties) and awesome communication via our Project Management system. Think of us as an extension of your own team! We’d love to chat about how to make an awesome video for you too, so why not get in touch?