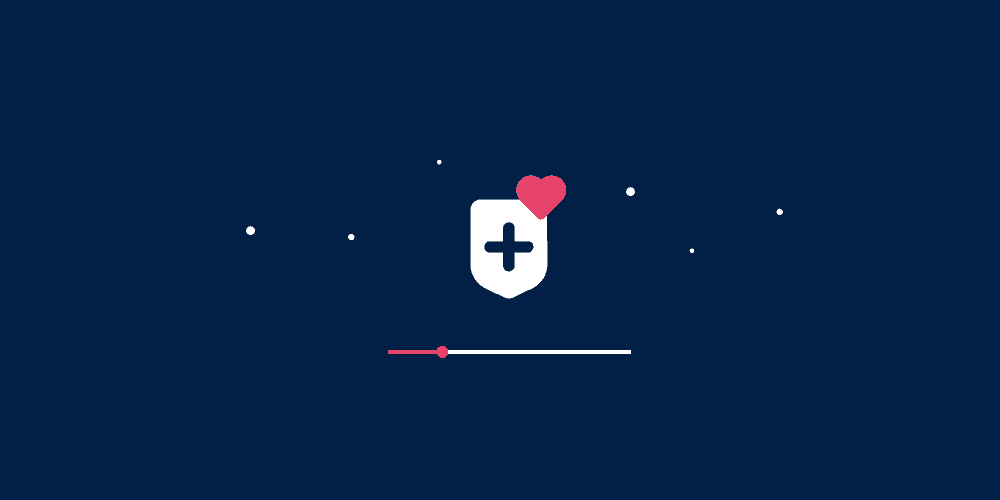 Using video in marketing campaigns can humanise organisations and that’s more important in the healthcare industry than most.

They can be as simple as introducing a new product or sharing a success story.

Or as important as calming nerves before a procedure or explaining symptoms after a scary diagnosis.

Whatever you’re trying to communicate, video can help.

In this article, we’ll take a look at some of the best and most inspiring healthcare videos…

MedPower is a platform that helps doctors, nurses and other medical staff with training.

The video uses a mixture of character animation and the analogy of the ‘MedPower’ machine.

The video shows complicated training materials being passed into the machine. It then spits them out in simpler video courses that MedPower provide.

Of course, this isn’t exactly how it works, but a bit of creative licence never hurt anybody!

There’s no way this narrative could be done without animation, so it was a great move by MedPower to choose this route.

Tip: Use a simple analogy to explain complicated technology.

Nimble Pharmacy decided on a simple style of illustration and animation for their video and it works!

The pharmaceutical industry can be seen as a little stuffy sometimes. So lightening the video up with animation really separates Nimble from the crowd.

With such a large target audience, using characters that could represent anyone and talking to their audience in the first person, makes it easy for viewers to connect with the message.

Tip: Have fun with an abstract style.

Kennion Benefits made this video for their own employees, showing that video can work in other ways than just customer-facing.

With a muted colour palette all the way through, taking advantage of the company brand colours, the video is super stylish.

The video is short and succinct. Allowing busy employees to get all the information they need, but not have it be a huge chore.

Tip: Video can be used for internal messaging too.

AdhereTech is a clever system that helps you keep track of your prescriptions. But if you’re new to the service- you’ll need it explained to you.

The company chose to use animated video to do this and base the characters on their actual audience. This helps the viewer put themselves in the characters’ shoes.

In the video we see a map showing how many people are already using the service, this is a great way to give social proof and encourage people to sign up themselves.

Tip: Base your characters on the audience themselves

Sleep Number created a step by step video to walk viewers through their Sleep30 challenge.

The aim was to show viewers exactly what they need to achieve. This was laid out using design elements and reinforced using text on the screen.

Using on-screen stats and a strong call to action cements Sleep Number as an authority on the subject. This is really reassuring for the viewer and they can finish the video ready to take on the challenge!

Tip: A step by step video can help with viewer understanding.

The saying comes from when Winston Churchill described the bouts of depression he experienced during his life as a ‘black dog’. It has become a popular way of describing the disease that so many people, all over the world are faced with.

The video itself is based on a book of the same title written and illustrated by Matthew Johnstone.

The illustration style is classic and using the visualisation of the black dog helps viewers to understand without lots of medical jargon.

Tip: Use visualisation to convey your message.

Pharmaceutical giants CVS changed their name to CVS Health in 2014 and stopped selling cigarettes. A huge leap for the health industry in America and one that makes a lot of sense.

Alongside the change, they released their video #OneGoodReason, the story of Tammy Jackson on her quest to quit smoking.

The video follows her journey of discovery and culminates in her realising the most important reason to stop smoking is her very own children.

CVS released six other videos in this short docuseries, following different people in the same way. They used a diverse range of gender, race and age, allowing audiences to be able to see similarities in themselves- whoever they are.

Tip: Have an emotive storyline. (And start a hashtag)

In this short and simple video, we learn so much about Prescribe Wellness, showing you don’t always need a long video to get your point across.

The video follows one simple flow movement and has no harsh transitions, creating an ‘easy watch’ vibe, which is effective when talking about healthcare.

Using a muted colour palette consisting of the brand’s colours, ties the video in with the brand image without having to plaster the logo everywhere.

The use of a soft, non-committal call to action also works well here “…it simplifies your life”. This should resonate with the viewer and leave them thinking ‘I need this!’.

When a subject matter is so human-centred, it can be easy to rely on characters to tell the story.

But this video has no characters and no narrator and still manages to convey a powerful message.

Using inspirational music, plus simple shapes and colours Memorial Sloane tell their audience about their work with immunotherapy.

This video is not meant to tell you everything, but it gives you just enough information to want to find out more.

Tip: Linework, typography & icons can be just as effective.

Testimonials can be powerful for any type of industry, but especially when it comes to healthcare. People want to know that other people have had a good experience and the proof!

Athena Health has a number of testimonial videos, using different types of people from all walks of life, meaning viewers can hopefully find someone they relate to.

The videos are a mixture of sit down interviews and footage of the staff member at home and work.

Putting a face to a name can be super valuable and leave the viewer feeling as though they can trust that person’s opinion.

Tip: Use a conversational testimonial.

The healthcare industry has many stories to tell, with content that people need to hear.

Video is a great tool for delivering clear concise messaging and getting you results, no matter what you’re trying to achieve.

Need help with making your next video? Check out our website here.