Which video platform is best for your business?

Where should video content be uploaded to ensure its seen by as many people as possible, and that it generates optimal engagement?

They’re all questions we hear regularly, and new research published by Hubspot goes some way towards providing an up-to-date answer.

The marketing company’s 2016 State of Inbound report launches this week, and, as you might expect, it contains a slew of interesting stats and insights – covering everything from search and social media, to advertising and content.

There’s also a raft of fascinating insights into online video and how its consumption is changing among the global audience.

For years, YouTube has been regarded as the go-to platform for online video – and this new data suggests that it still sits on top of the tree. Nearly half (49%) of 18-24 year olds say that they’re watching at least 3 hours of video on YouTube a week, and 48% of marketers say they are planning to add YouTube to their content strategy in the next year.

However, other platforms seem to be building momentum as well. The data suggests that Facebook, in particular, is enjoying a greater share of video traffic than ever before and, while Zuckerberg and co may not quite be breathing down YouTube’s neck yet, there’s a lot to suggest that they’re on their way. 39% of marketers said they’d be amping up their Facebook Video content during the next year.

Particularly interesting is that nearly three-quarters (73%) of people say they’re using Facebook for professional purposes. This is a surprisingly high percentage, and makes Facebook a legit contender as a go-to platform for publishing B2B video. Throw in the fact that 79% of people admit using their Facebook feed to find ‘interesting content’ and you’re left with a tremendous opportunity for video marketers to utilise Facebook’s social graph, reaching the right audience with the right message.

Consumers seem to be predominantly splitting their video viewing between YouTube and Facebook. But it’s by no means a two-horse race. One surprising data point suggests that, while Facebook users are watching around 8 billion videos a day, Snapchat users are actually smashing that figure – watching 10 billion each day. Could Snapchat be about to emerge as a video marketing staple?

Around this time last year, we wrote an article for TheNextWeb which explored Facebook’s burgeoning video tools and the extent to which they made Facebook a bona fide threat to YouTube’s video platform crown. It’s interesting to see this story continue to unfold with this data, although, for the time being, it seems that YouTube remains in the number 1 slot.

What’s clear, however, is that content consumption is very much becoming decentralised. This data underlines the need to extend video content beyond your own blogs and website, publishing through external outlets. Savvy marketers should also be looking to diversify and repurpose the type of content created to make sure it’s uniquely tailored for each platform it’s shared on.

Shifting to a general level, video marketers will take great encouragement from the report.

One callout statistic is that 55% of people say they ‘consume video content thoroughly.’ It doesn’t sound like much, but let’s put that into perspective. It actually makes video MOST likely to command audience attention and be consumed in full – more than social media posts, news articles, research content, online classes, interactive articles and tools, blog posts, long form and podcasts.

Video is sitting right at the top of the class when it comes to grabbing and holding audience attention (no surprises there!)

And, while many marketers are focusing their efforts primarily on blogs and long-form content, the numbers suggest that these are much more likely than video content to be ‘skimmed.’

“Marketers’ content priorities don’t align with what customers want to consume,” the report explains. “People are most likely to skim blog posts and longform business content. Instead, consumers pay most attention to videos, social posts, and news articles.”

It’s also clear that video content is in greater demand than ever among consumers, with 43% admitting they’d like to see more video content from marketers over the next year.

The other big story we picked out from the report is the increasing unpopularity – and questionable efficacy – of ads. An astonishing, almost unanimous 91% of people said they found ads more intrusive than they were two years ago, and 87% reported that they were seeing more ads than they did back then, as well.

Well, it all adds credence to the idea that we’re rapidly approaching a ‘post-ad’ era.

As ads become less effective and, arguably, less popular, I anticipate that brands will increasingly turn towards video content and brand storytelling as a way to cut through the noise and engage with their audience in a meaningful way. There’s plenty to look forward to as this story continues to emerge in the coming months.

To say that marketing is a rapidly changing industry is a huge understatement. Statements that had been universally accepted truths even 12 months ago are regularly disproved by new research and consigned to the dustbin.

It’s interesting, then, to get eyes on contemporary industry research to see how things are shifting in the industry.

Looking over Hubspot’s 2016 State of Inbound survey, it seems that the following conclusions apply:

Check out the full report over at Hubspot and don’t forget to let us know what you think. Just click the banner below to head over. 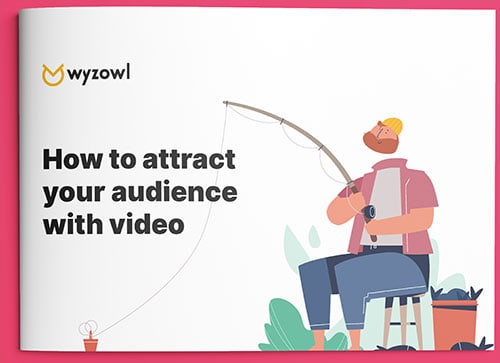