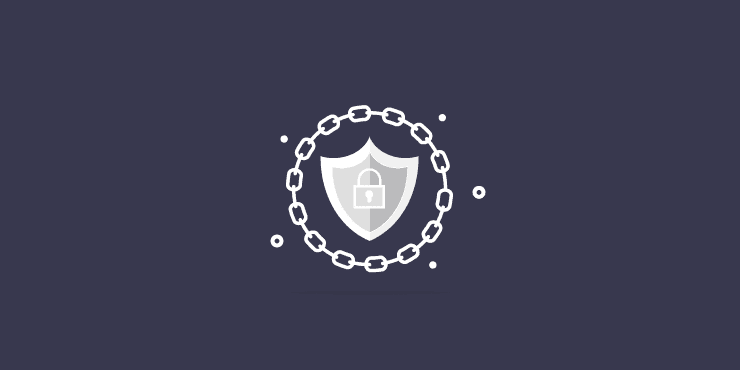 12 of the Best Animated Security Explainer Videos – Ever!

Security is one of those invisible subjects … you only notice it when something goes wrong. It’s also a touchy subject. No one wants to feel vulnerable and unsafe. But we have to face some uncomfortable realities when discussing the important products and services needed to keep us safe.

Video is a way of having important discussions, like security, with feeling and nuance you can’t get with straight text. People are more receptive to video as well. When given a choice between text or video on a website page, 72 percent of people preferred to learn about a product or service through video.

To see the power of video in action, we rounded up a group of top-notch security explainer videos that tackle this tough topic beautifully. Keep your eyes open for key themes running through the videos — we found that fantastic security explainer videos have a gift for making the invisible visible. They keep it light (and avoid scaring the pants off people). Most importantly, they provide real-world solutions for staying safe in the face of danger.

Ready to see it all in action? Here are the 12 best animated security explainer videos ever.

In this beautifully animated explainer video, we’re shown a day in the life of a family with Ubihome. We see mom, dad and kids leaving for work and school in the morning. But one of the kids left a bedroom light on. No problem with a Ubihome smart home system. There’s a handy controller for that. By the end of the video, we see how Ubihome makes sure every part of your home is monitored and secured. All without a voiceover. In this case, it works because of how well the visuals communicate each part of the Ubihome system.

As the saying goes, seeing is believing. This Kaspersky explainer video transforms unseen threats like hackers into things we can see, like a bank safe exploding and dark shadows lurking around computers. There’s even a cow beamed up by attacking aliens. But with the push of a button, it can all be protected by a Kaspersky force field. Even if you don’t believe in an imminent alien attack, it’s easier to connect an attack to flying saucers than the threat of something as vague as “malicious software.” This Kaspersky video makes the dangers real, then shows the way to be protected.

In this whimsically illustrated video, we’re introduced to a series of “internet nasties” who are about to attack an unsuspecting family. We see adult content jumping out of a computer to pounce on an innocent kid, a mom who’s beset by creepy, crawly viruses, and a dad who’s about to engage in an unsafe online purchase (despite warnings from a Big Mouth Billy Bass flapping on the wall). In the final frames, we see brave Virgin Media Security ninjas in full battle against the “internet nasties” on the family’s behalf.

Internet threats are always evolving. Even if your business is protected, you may not be protected enough. This engaging video brings to light one of the most diabolical ways hackers can attack. In the video, we see a low and slow attack being perpetrated by a masked bandit who slowly sneaks into a company undetected. XYGATE SecurityOne catches the bandit red-handed quickly and reliably. No one wants to think about security threats, but this example shows the danger in a disarming way that opens the discussion … then clearly articulates a powerful solution.

Identity theft can be scary. In this video, Yoti introduces its secure identity service with the help of some delightfully quirky characters. Through a bright blue blob, a yellow girl and an all-green hacker, we learn that Yoti encrypts and scrambles personal data to make it so secure that no one can unlock it without your permission. By the end of the video, it’s easy to understand the power of securing your digital identity through these approachable characters. The service is so uncrackable, even Yoti isn’t able to see your personal information.

Your printer isn’t just a printer … it’s an on-ramp for hackers. This HP Network & Security video exposes the vulnerabilities of every device connected to your network. Then the heavy tone of the music and voice-over instantly flips once these dangerous openings are exposed. Upbeat music breaks up the doom and gloom of hacker attacks, and we learn that HP has the solution to protect every part of your network. While this is one of the heavier videos in its tone, when the mood shifts, it’s dramatic.

This video opens on a live-action shot of a child flipping through what seems like a normal comic book. That scene quickly transforms into a darkly animated world where an evil red menace is running amok. When we get closer, we see the red menace is actually a hacker stealing data from innocent passersby on the street. The video closes by cutting back to real life, where an Arrow Security pro is on the job tracking red spots. By representing hacking as a red menace racing through innocent victims, the evil feels more real. So does the protection.

So many IT pros are ignored when warning people in their company about security threats that Arctic Wolf decided to give it a name: “security effectiveness disorder.” This video describes it to hilarious effect. There’s even a gagged IT guy trying to speak up while the whole office goes down in flames from security breaches. What’s effective about this video is the use of humour to take the rough edges off a very real problem so it can be addressed. It’s also not afraid to hammer home some serious stats showing the damage that can be done by ignoring security. It just does it in a way that makes you want to listen.

The Isotec Security video is a winner for going above and beyond making people safe, with a surprise twist. Isotec Security isn’t just creating “Safe Spaces” where employees can feel more relaxed, it creates a better quality of life. A 3-D model of Isotec’s safety entrance breaks out the technology so it’s easy to understand. Then the video pulls a clever switcheroo to underline the product’s security benefits. Throughout the video, we see a man approaching the building. He has the look of a villain with his dark moustache. We assume he’s a dangerous person being kept out. The big reveal shows we misjudged the guy. A mistake Isotec technology will never make.

Did you know squirrels can set off your home security system? With Arlo Smart Home Security System, you have an easier way to monitor the security of your home — without all the pesky squirrel alerts. Arlo’s engaging animation style draws you in from the first frame. Relatable examples, like the neighbour’s dog, make it easy to understand what this system can do for you. The upbeat narrator gives it an entertaining touch that keeps you interested through even the algorithm stuff. Note the call-to-action at the end. Consider creating an alternate ending to test a call-to-action in your next video. Keep an evergreen version as a fallback.

Sophos had a pretty big job with this video. Its goal was to show what companies get by consolidating their IT with a single vendor. It succeeded by taking viewers on an adventurous trip that keeps you guessing what will happen next. The engaging animation starts in outer space, comes down to earth, and leads us through a modern city. A city Sophos is uniquely qualified to protect. The creative animation and text placement in this video keeps you involved til the end.

Ever needed to set up security on a mobile phone in your company’s network — while watching Michael Flatley, Lord of the Dance? Then Sophos Mobile has your back. Leading us through offbeat examples, this video shows a system that’s secure and easy to use. This is the system you need to lock down a mobile device while hang gliding in Nova Scotia. The striking examples help cut through some of the complexities of its features, as does the unflappable calm of the voice-over. All in all, Sophos totally delivers on its tagline: Security made simple.

While selling something invisible like security is tough, there are clear ways to succeed, as we saw in these videos.

In today’s world, there are many dangers to guard against. We know we feel a little safer just having watched these security explainer videos. We hope you do too — and have plenty of ideas to spark your next campaign. If you need a little more video inspiration, check out the all-time best explainer videos. Ever.

You can also sharpen your video-making skills. Get the ultimate guide to making the perfect explainer video to find out how.